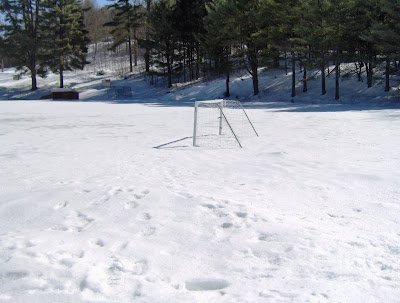 The MLS season starts this weekend, thankfully none of the MLS teams practice on the Chelsea field because this is how it looks as of today. The Canadian channel runs almost all of the Toronto FC games so I have those to look forward to and once I get to Paris I expect to see loots of football.
I caught the Beckham piece on sixty minutes last weekend. It was pretty interesting, I'm impressed that he has the option to buy a team at the end of his contract. They also spent a couple of minutes on his tattoos but the best part of the peace was when he was taking shots on Anderson Cooper.
Posted by kingdomforavoice at 4:33 PM 2 comments:

I caught the Joe Strummer documentary The Future is Unwritten last night as part of the Green Mountain Film Festival. We had to book it over to Montpelier for the 4:00 show, we slipped in right as the show was starting. It was nice to see that even at that early hour there were just a few seats available in the theater. I love the Clash's music but didn't really know a thing about the band or Joe Strummer's history so the movie was fascinating. I was a little surprised at how quickly they went over the suicide of Joe's brother. There was one thing that really annoyed me and that was the fact that none of the people in the film wee identified so you were never really sure who was talking, true, most of them I knew or was able to figure out but i like to know what's going on. All in all a good film and bonus points for having the Fine Young Cannibal's dude in the movie. For a real intelligent High School level review check out False 45th's coverage of the first showing.

After one full listen i'm happy to say that i'm digging the new R.E.M. album. It's their best effort in years.
Posted by kingdomforavoice at 7:52 AM No comments:


Don't Comb The Leprechaun from Ryan Adams on Vimeo.
Posted by kingdomforavoice at 8:25 PM 1 comment:


Writing the Hits with Stupid from Ryan Adams on Vimeo.
Posted by kingdomforavoice at 8:22 PM No comments: 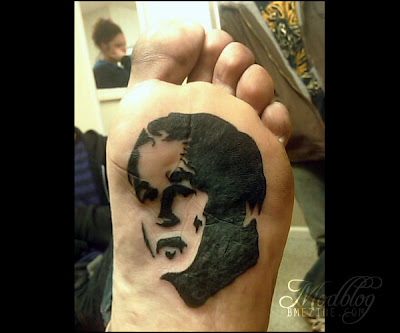 I had to share this stomp Bush tattoo. Even thought the foot doesn't hold ink well and it will look like a gray blob soon that's a pretty funny tattoo.

There is nothing quite like voting in the middle of a town meeting while your wife sings "Proud to be an American" by Lee Greenwood.
Posted by kingdomforavoice at 9:39 AM 1 comment: 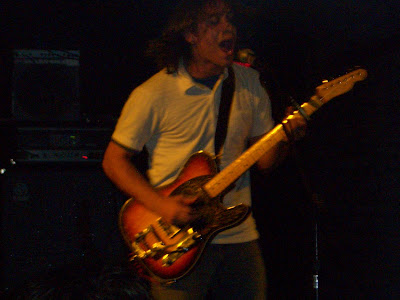 One of my favorite bands The Black Keys has a new album (Attack and Release) coming out in April. The new album is fantastic. This album was produced by Danger Mouse a fact that had me a little nervous when i first heard he'd be helming but boy did it work out. Everything that is great about the Keys is still intact, that dirty blues sound, driving drums and phenomenal guitar work still shine. The thing that really jumps out at you from the git go is the additional instruments on the album. It's always been drums and guitar but on the very first track (Things ain't like they used to be) we hear an organ! Wait until you get to Same old Thing, that's right son, a flute in the mix!! Like Iron & Wine's new album this disc really benefits from a fuller sound. I could go on and on about how great and refreshing the album sounds but I think you get the point.
Posted by kingdomforavoice at 9:48 PM No comments: