Tell 'em Steve Dave is a relative newcomer to the podcasting game but they have pretty quickly become one of my must-listen podcasts. They are part of Kevin Smith's Smodcast empire and have an amount of fame due to their affiliation with Smith's movies. Recently one of their listeners animated one of Walt Flannigan's stories and the result is amazing. Check out the clip above and start catching up on the podcasts immediately.
Posted by kingdomforavoice at 1:56 PM 1 comment:

An evening with Puggy 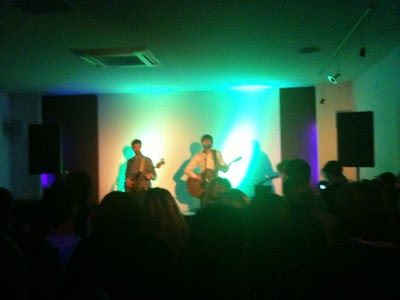 Last week JO, G and I were able to attend an industry event for the band Puggy. You may remember that when we attended the taping of the show Taratata a few months ago, Puggy was one of the bands we had never heard of but really liked. This event was for winners of some contest, Universal staff and select members of the media(that's us, bloggers count). There may have been 150 people in a tiny venue filled with great champagne(Mumm) great finger foods, and skinny French folk. 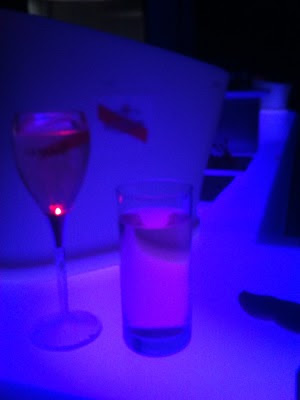 We arrived early and found the champagne almost immediately so instead of a detailed journalistic description of the night let me run down my impressions.
All in all it was a great night with a great band. Puggy will be playing my favorite Paris venue, La Bataclan, in a couple of months and I hope to see them then. Check out their new album "Something You Might Like," you won't be disappointed. A big thanks to our lady at Universal music for inviting us to the event. 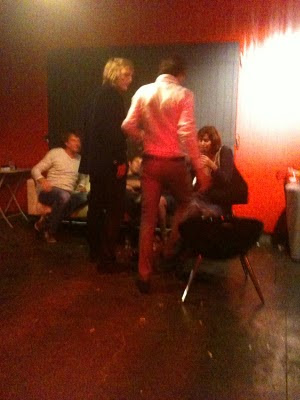 Check out the singer when they are walking towards the Monolith, Tony Hawkish?

The exploding bunnies are the best part of this very cool video.


This is my favorite song on the new album. We were at this taping, you can't see us but we are behind the unused drum set.

Links:
The French site
Twitter
Buy the album:
Itunes
Amazon
Pictures by JO and G via Iphone
Posted by kingdomforavoice at 3:28 AM No comments: 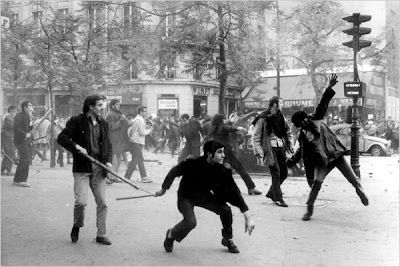 After a nice long summer break it's time to get back to the blog. I'm back in Paris and happy to report that my dog shit radar is still fully functional and finely tuned. The Parisians are still throwing out chairs at an alarming rate and we've already had one major strike. I've got several ideas for posts stewing and a couple are even half written so for anyone still reading expect a little more activity starting NOW!
Posted by kingdomforavoice at 1:51 PM 1 comment: