I can't help but grab weird or cool pictures I see as I surf the internet. 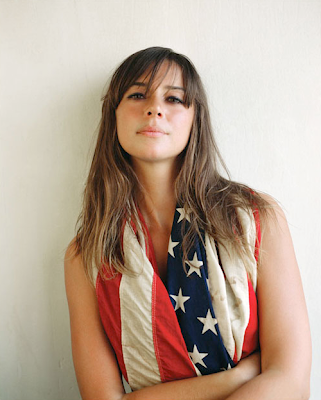 This has got to be Cat Power, she looks like a bad ass. 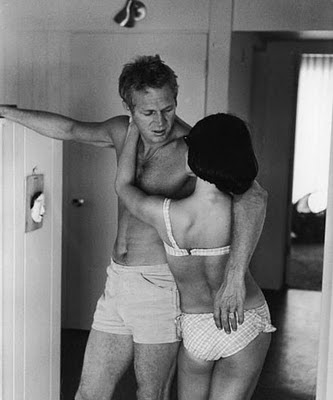 Steve McQueen has got it going on.

Although the bust was stolen years ago the grave is still right down the road from us. 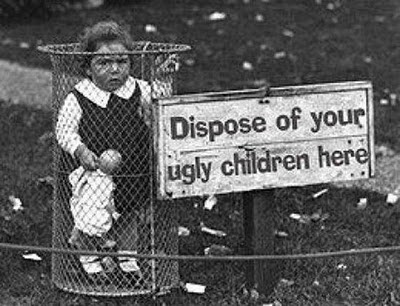 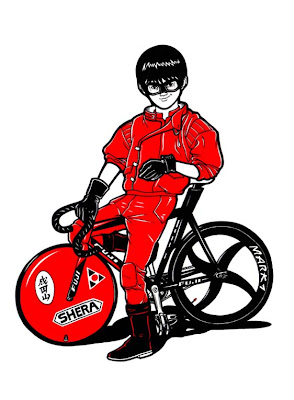 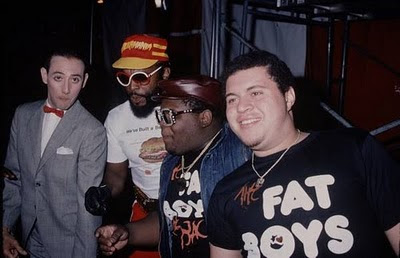 The sheer awesomness of this picture is beyond belief. 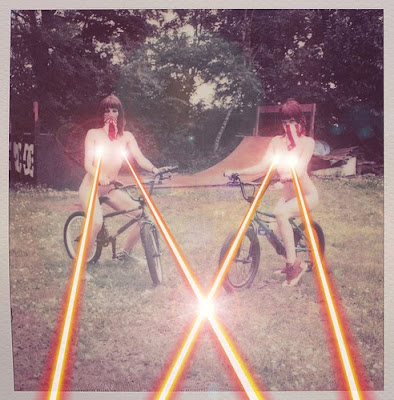 I'm sold.
Posted by kingdomforavoice at 3:26 AM No comments: 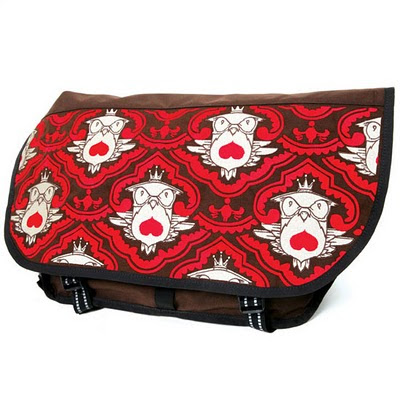 Chrome bags and Upperplayground have teamed up for a small series of limited edition bags. The series consists of two designs by Upperplayground artists, the Jeremy Fish "Fowl Mood" and the Sam Flores "Angel of Death". The bold Jeremy Fish bag is my favorite, the Sam Flores bag is really nice but a little too subtle for my taste. These bags retail on the Upperplayground site for $195 but i found them for $179 on Underground hip hop. Something must be wrong with me because that seounds like a really good deal to me.
In the interest of full disclosure I should say that I own a Chrome Bag, not one of these limited edition gems but one of the limited colors(brown and blue) citizen. These are amazing bags, easy to get in and out of, comfortable on and off the bike and good looking.

More from the year in movies 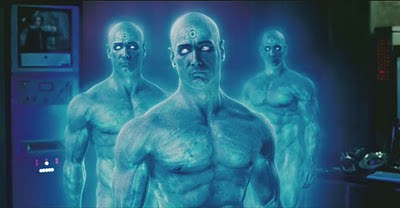 72. Watchmen (2009) “This city is afraid of me. I’ve seen its true face.” Amazing film but then again I’m partial to superhero movies and this is one of the best hero comic ever written. I didn’t really care about the differences in the book and the film, unlike lots of comic fans I’m able to enjoy both based on their own merits.
73. The Matrix: Reloaded (2003) “Free Your Mind”. Good movie, but at this point I think everyone thought the series could still end in a satisfying way. I suppose in the end any movie that features Trinity in that outfit is a plus.
74. Alien Nation (1988) “Prepare Yourself” I really like this movie, I’ve seen it a couple of times over the years and it’s really a decent detective movie with aliens.
75. Matrix: Revolutions (2003) “Everything that has a beginning has an end”. Besides the fact that the ending is pretty unsatisfying this was a really cool movie. Maybe if the first Matrix movie hadn’t been so utterly amazing then the expectations for the rest of the trilogy wouldn’t have been so high and therefore not such a letdown.
76. Beer Wars (2009) “Brewed in America” This was a really interesting documentary on one of my favorite things. 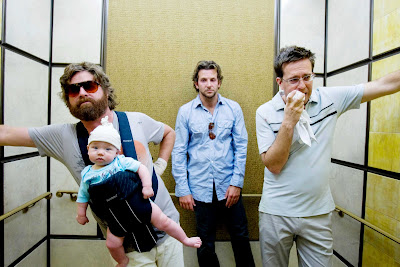 77. The Hangover (2009) “Some guys just can’t handle Vegas” Here in France this was called “The Long Weekend” then again a hangover here is a “head of wood”. Anyway this was my movie of the year, I can’t tell you how many times I watched it.
78. Blood: The Last Vampire (2009) “Where evil grows she preys.” Japanese schoolgirl who kicks ass, what’s not to like?
79. Adventureland (2009) “It was the worst job they ever imagined… and the time of their lives.” This was a great movie.
80. Angels and Demons(2009) “The holiest event of our time, perfect for their return.” Not bad for what it was but a good example of the book being much better than the movie.
Posted by kingdomforavoice at 1:27 PM 1 comment:

This video is all kinds of awesome.
Posted by kingdomforavoice at 10:57 AM No comments: