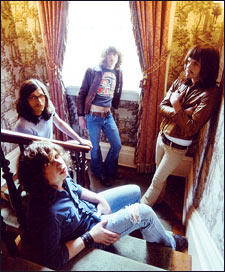 So I have some pictures from the Kings of leon's performance at ACL two years ago up in my room and yesterday this girl walks in and tells me that they are her cousins. She had backstage passes to the Cain's show. She then commenced to tell me that they were going to be in Norman this weekend for the OU game. I quickly guaranteed her an "A" for a personalized autograph or a detailed itinerary of their stay in Oklahoma. Hey B.J. did you notice the OSU shirt in the picture?
Well great news, My Dad and Brother are fine. I got the call last night near midnight. They didn't sustain any serious damage but I guess downtown Mobile(where they both work) is completely thrashed. They had been without electricity of phone service all day and had missed that airconditioner. I was definitely glad to here from them.

BJ's answers to the music quiz were greatly appreciated and quite clever as always.

Posted by kingdomforavoice at 11:56 PM No comments:

Tell me not to worry.

Well My brother and father are in Mobile Alabama and I still haven't heard from them. I'm not terribly worried I mean my dad has a lot of guns so everything should be fine right? Anyway the pictures from downtown Mobile aren't reassuring.
In other news G! has determined that we don't watch enough T.V. and so we are now officially sans cable television. So don't even talk to me about the shows I am missing because I may cut you.
The ACL trip is about to get complicated due to a break-up between two of our traveling companions. Besides that I'm afraid my funds will be very limited. Are kidneys still getting a good price on the black market? But in the good news category I found my hotel confirmation stuff so now I'm sure which hotel we will be staying in.
Posted by kingdomforavoice at 10:30 PM 2 comments: 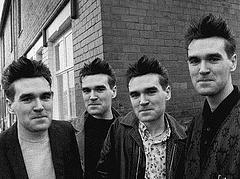 I found this on Gorilla vs. Bear and thought I'd give it a shot. I'm sure the only two that will care will be okryan and bj but you should try it, it's hard.
1. Your favorite song that has the name of a city in the title. "Via Chicago" - Wilco
2. A song that you've listened to repeatedly when you were depressed. 'Night Swimming" R.E.M.
3.Favorite instrumental. Number 3 - Ben Harper
4. A song whose lyrics you though you knew but later learned you were wrong. "Down in It" - Nine Inch nails
5. Your least favorite song on one of your favorite albums of all time. "Natural Anthem" - Postal Service
6. A song you like by someone you find physically unattractive. "Bouncing around the room" - Phish
7. Your favorite song that has expletives in it that isn't by Liz Phair or some rapper. "Come Pick me Up" - Ryan Adams
8. A song that sounds like it's sung by someone British but isn't. Anything by Greenday
9. A song you like(possibly from your past) that took you forever to locate a copy of. 'Drown" - Smashing Pumpkins
10. A song that reminds you of spring but doesn't mention spring. "Passing Afternoons" - Iron & Wine
11. A song that sounds to you like being happy feels. "You're the only girl for me" - Mark Geary
12. Your favorite song from a non-soundtrack compilation album. "Effigy" - Uncle Tupelo
13. A song from your past that would be considered politically incorrect now( and possibly then). "Takin Retards to the Zoo" - The dead milkmen
14. A song sung by an overweight person. Strange Goodbye' - Frank Black
15. A song you actually like by an artist you otherwise hate. "Just like a Pill" - Pink
16. A song by a band that feature three or more female members. "We like the cars that go boom" la Tigre
17. One of the earliest songs you can remember listening to. "Momma Don't Let you babies grow up to be chipmunks" - Alvin and the Chipmunks, "My Woman My Wife" - Marty Robbins
18. A song you've been mocked by friends for liking. "Just Like a Pill" - Pink
19. A really good cover version you don't think anyone else has heard. "One I Love" - Sufjan Stevens (R.E.M.)
20. A song that has cheered you up or helped you through a break-up or other difficult situation. "Today" - Smashing Pumpkins

Well that's it, I'd be interested to see anyone else's.
Posted by kingdomforavoice at 6:33 PM 14 comments: 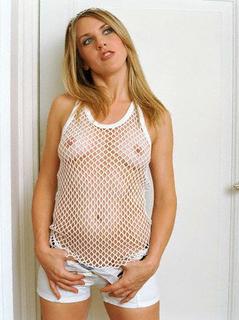 On another music note, our ACL tickets still haven't arrived! I'm beginning to get a tad bit worried.

Posted by kingdomforavoice at 1:29 AM 2 comments: 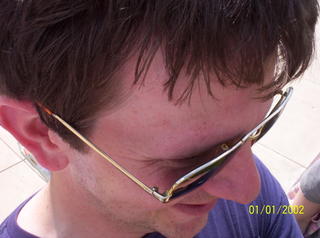 So I'm getting desperate for a solution to my problem. What is the best was to ditch your best friend's rehearsal dinner and after party with the groom and not piss off the bride. Oh and the party is alcohol free. And the bride is high strung/ volatile? Any suggestions would be welcome. Iron & Wine and Calexico are in town that night at the Cain's.

G! Broke out the made from scratch rolls for dinner tonight and they rule. My baby can cook when she wants to.

By the way I have a lot of Nine Inch nails.

And one last thing p311nut says eyebrows are over rated.

Posted by kingdomforavoice at 9:33 PM 6 comments:

No money no show

Well due to a depressing lack of funds G! and I missed out on the Rufus Wainwright, Ben Folds and Ben Lee show. This is after Britten saw Rufus eating at Brookside by Day. I haven't heard any reports from the show. Most of my friends went to see the Killers who were playing the same night. By all reports it was a great show.
in other news I've started archiving my CD's and have been absolutely amazed at some of the discs I never listen to anymore. How could I have forgotten Ethyl Meatplow or Possum Dixon? I need to learn how to post music and get some of these gems online.
Posted by kingdomforavoice at 10:07 PM 5 comments:

School is once again quickly approaching. I sat in a meeting all day long as representatives from each grade pre k-12 went over everything they teach in a year. Thank god I had my palm along, I must have played 100 games of solitaire.
Plans have now been finalized for ACL. Tickets for it and the Arcade Fire/Black Keys show on Friday have been ordered, hotel room reserved, car procured for the drive and money saved for food and shirts. Now we wait for the weather. Last year was hot. We spent way too much on cold beverages. And oddly enough I carried a lined rain jacket in my pack the entire time. The reason for that was ACL two years ago when we were rained on everyday of the festival. It did clear long enough for us to meet Conor of bright eyes fame after spotting him watching the Ben Kweller set from off stage. Anyway this year I have a battery powered misting fan to combat the heat. It's going to be a good time.
Posted by kingdomforavoice at 7:50 PM No comments: